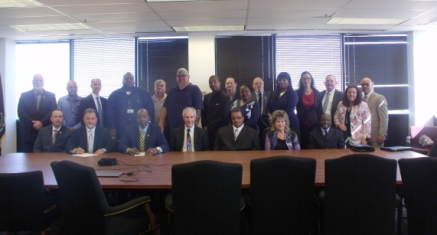 On July 1, 1918 many federal labor unions met at a convention in Washington, DC. They then organized the International Federation Draftmen’s Union. This new National union was given jurisdiction over technical engineers, architects and draftsmen.

During the past thirty-eight years, Local 195, IFPTE’s office moved four times. The office was first located in Nutley, NJ. In 1978 the office moved to Totowa, NJ and then in 1982 to East Brunswick. In September of 2007 we bought our own building in Milltown, NJ.

Any individual employed in the general fields of Inspection, Investigation & Security, Crafts and Maintenance & Operations shall be eligible for membership in this Local. Membership shall also be open to any Public Employee of the State of New Jersey, or any employee within the geographical jurisdiction of Local 195, IFPTE.

The organization of this union has two basic levels, which consist of the Local and International. The American Federation of Labor and Congress of Industrial Organizations. The International and Locals in Canada are affiliated with the Canadian Labor Congress.

The make-up of Local 195, IFPTE staff consists of three (3) officers, one (1) administrative assistant, two (2) business representative and a part-time legislative lobbyist, for a total of six (6) full-time employees. Other Local 195 officers are released periodically on union releases and lost time to perform functions of the local servicing approximately 5,000 members. Local 195, IFPTE has over 350 shop stewards in more than 400 locations. Local 195 has thirty-nine (39) chapter presidents State-wide, with one being in county government. Local 195 has over 660 representatives counting stewards, chapter officers and local officers. The area of jurisdiction is 175 miles long and 70 miles wide. 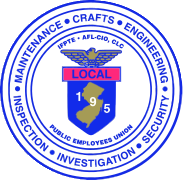 ADVOCATING FOR PROFESSIONAL & TECHNICAL EMPLOYEES SINCE 1918